Four games in 10 days. It’s not an abnormal workload for an elite player in the domestic season. But it’s an unusual mission in early June.

Germany, led by Hansi Flick, started their Nations League campaign against Italy in Bologna on Saturday, then returned to Munich to host England on Tuesday, then to Budapest to play Hungary the following Saturday and then return to Dortmund to meet the Italians again next Tuesday. They are not alone on such a difficult schedule.

Flick will likely rotate his squad but the travel, training and mental pressure to perform will remain for the players. These are the stressors that the players’ union, FIFPro believes, must be addressed in order to protect the physical and mental health of those at the top of the game in particular.

Their latest report, released on the eve of the Champions League final, found that 54% of players said they had sustained a physical injury due to an increased schedule, while 82% of high-performing coaches in the match said such efforts were negative. Impact on the mental health of players. These may not always be serious issues, but there is clearly a problem.

“It is critical that mandatory mechanisms are put in place to protect players from overburden,” FIFPRO general secretary Jonas Baer-Hoffmann told DW.

“The volume of matches today puts a huge strain on the mental and physical health of the national team players, and affects their performance on the field. Mandatory mechanisms will provide a welcome safety valve to relieve the pressure.”

Kevin De Bruyne: ‘We don’t have an opinion’

The problem has become more acute over the past two seasons with the disruption caused by the COVID-19 pandemic exacerbated by the World Cup in Qatar that takes place in November and December.

For Liverpool duo Mohamed Salah and Sadio Mane, the Champions League final was their 70th game of the season.

More than half of professional footballers who completed the FIFPro survey felt that regular violations of their rated rest periods were a problem. The report states that: High-performing coaches suggest a maximum of 55 games per season. 87% of players believe there should be fewer consecutive matches (less than five days off in between); And only 22% feel their voice is heard when it comes to business issues like these.

“For me, the Nations League is not important,” admitted Belgium player and Manchester City star Kevin De Bruyne, before adding: “As players, we can talk about vacation or rest, but we have no opinion.

“We follow what we need to do and that’s it. We have more than three weeks off every twelve months. Strangers don’t understand how a player feels after a season.”

De Bruyne was echoing an open letter contained in the FIFPro report and signed by players including Arturo Vidal and Leonardo Bonucci. “We’re athletes, not machines. Our bodies and minds have natural limits. When we’re stressed too hard or resting too little, we crash.”

“Proper breaks between seasons are essential, and under pressure. As the international calendar expands and competitions multiply, players are spending more time on the road than ever before, often crossing multiple time zones to play their next match. That way.”

Salio Sis: Not as luxurious as it looks

According to the report, travel is another huge pressure on players.

Some players, particularly South American and African players who play soccer in Europe, will rack up hundreds of thousands of miles of air travel in a single season, with little recovery time in between. Senegalese Salio Ciss, who plays football for his team in France with Nancy, said it is not as luxurious as it might seem. 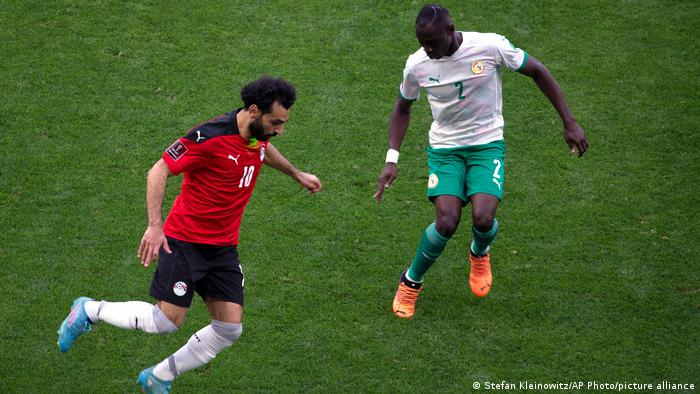 “The general public often has a distorted picture of what life really is like for the vast majority of national team footballers who play abroad. We are not all equal, although we all share the same desire to reconcile our interests. Clubs with those of our unions.

“It is important to realize that these trips, which I tell the truth I do not take in the best conditions befitting a top-level athlete, add to the fatigue that is an integral part of an increasingly demanding profession, take a toll on our bodies and sometimes drain the spirits of even the bravest of us.” .

Limiting the number of matches a player can play per season and the suggestion, first put forward by FIFA in its semi-annual World Cup proposals, for fewer, but longer international breaks, may be among the strategies used to deal with the increasing demands.

But for now, it is up to the discretion of the players, coaches and medical staff. This cannot continue, says FIFPro’s Baer-Hoffmann.

“A competition model that values ​​players as assets but denies them proper rest and recovery has locked us on an unsustainable and unaccountable path. Reform is urgent, and the work starts here: by listening to the players and what their bodies are telling us.”