Kate Fowleboss MOMA PS1, one of the country’s leading museums of contemporary art, has said it will be stepping down from its role in less than three years. Her last day will be July 15th.

In an email sent to museum staff on Friday afternoon that was reviewed by ARTnewsFowle did not give a reason for her unexpected departure, saying only that she would continue to organize the highly anticipated Foundation exhibition for Daniel Lind-Ramos scheduled to open in April 2023. 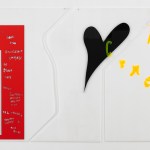 Located in the Queens neighborhood of Long Island City, MoMA PS1 is an institution of the Museum of Modern Art in New York.

Prior to joining PS1 in 2019, Fowle served as Principal Curator for the Garage Museum of Contemporary Art in Moscow for six years, helping to open the Rem Koolhaas-designed building in 2015, launching the Garage Triennale for Russian Contemporary Art, and being known for its innovative program of exhibitions that included performances By artists such as Louise Bourgeois, Olga Chernysheva, Urs Fischer, Rashid Johnson, Irina Corina, Robert Longo, Enri Sala and Rikrit Travanegha.

Faul took over the role of PS1 director in September 2019, which had been vacant for more than a year after Klaus Bessenbach left to manage the Museum of Contemporary Art in Los Angeles. (He has since left this position.)

Fowle’s departure from PS1 is unexpected. a The New York Times her profile, Posted in AprilShe described her “priorities as the new leader of the Long Island City Foundation: to strengthen the connection with its neighbors in Western Queens and North Brooklyn, to make PS1 a center of community activism through art, to focus on the Museum’s progressive roots and to give the institution a distinct identity from MoMA.”

Just weeks ago, PS1 hosted a big party, its first since the outbreak of the pandemic, at his home, a former school in Long Island City. The catchy affair was attended by Mayor Eric Adams, collector and former MoMA PS1 chairman Agnes Gund, and artists Rashid Johnson and Diana Lawson.

Another recent departure from PS1 is Hannah Howe, director of development since February 2021, who is leaving to become deputy chief development officer for individual giving at the Metropolitan Museum of Art.

In the letter to the staff, Fowle wrote, “I want you to know that I have deep respect and admiration for all of you, and am extremely proud of all the work we have accomplished together. You are a dream team and I am forever in awe of the kindness, dedication and concern you show to each other, to me and to all artists, their communities and partners who we work with. I very much look forward to seeing how our artist-centered, community-oriented vision evolves.”

In a statement sent to ARTnewsArison said, “Kate Fowle is a talented coordinator and director who has led MoMA PS1 through the intense challenges of the past three years to become a more resilient and financially stable organization. Kate has piloted innovative models for community engagement, diversified the uses of the building and its space to connect more deeply with the communities of Queens and New York, and reinforced PS1 commitment And his role as an artist-focused institution We all have a lot of admiration and respect for Kate – including her incredible work ethic and artistic vision. We are so grateful for all that she has contributed to PS1, and the work she has done to build a bright future for the institution. We wish Kate continued success in the next role which you choose”.